In Remembrance of Professor Jeff Burley

It is with great sadness that the Department learned of the death of Professor Jeff Burley shortly after Christmas last year.

Jeff was the Director of the Oxford Forestry Institute from 1983 to 2002 and a Professor of Forestry who played an important role in improving research in forest genetics and tree breeding in Africa. For the many that knew him well across the world, he was a scholar and a gentleman.

Jeff came to Oxford in 1957 to study first for a BA and then a Masters in Forestry. The subject already occupied a contentious position within the University. For more than half a century a battle had been waged between those who saw the huge practical importance of research and education in forestry, particularly in poor parts of the world, and those who did not see it as an academic subject, worthy of a place in Oxford. 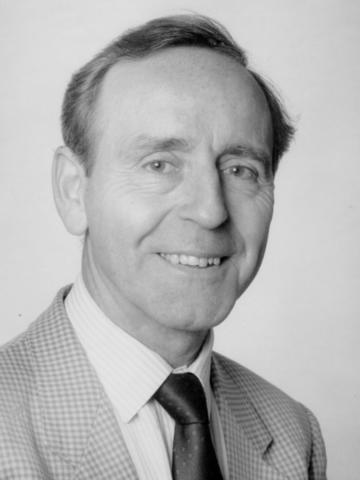 After a PhD at Yale University, looking at genetic variation in Sitka Spruce, Jeff joined a group of early-adopters using genetics to improve exotic plantation species in Africa. His work with the Agricultural Research Council of Central Africa and UNESCO helped set up research laboratories in forest genetics and tree breeding and tackled some of the key productivity and disease challenges faced in the rapidly expanding plantations of the Commonwealth. Jeff’s experiences on the ground in Zambia were hugely influential. He recognised that pure science alone could not solve problems that were at heart a complex interaction between social, economic and biological elements.

In 1969 he re-joined the University of Oxford as a Senior Research Officer for Forest Genetics and Tree Improvement in the Commonwealth Forestry Institute and, in 1976, a University Lecturer in Wood Structure and Properties in the Department of Forestry. Taking over as Department Head in 1983 and then Director of the Oxford Forestry Institute (OFI) Jeff faced the same opposition within the University that his predecessors had faced since 1905. In his words: “the major threat to departments of forestry in many universities is the intellectually arrogant view of pure scientists that forestry is not an academic subject: this results in reduced priorities for forestry teaching and research resources.” Nevertheless, Jeff and colleagues ran a hugely successful Masters course in Forestry with a global reach, a varied programme of professional development courses, and a major programme of applied research primarily funded by UK official development assistance. Jeff was awarded a CBE in 1991 for services to forestry research and education.

Frustrated by lack of support in Oxford, Jeff turned his attention to helping global forestry research modernise and sustain its impact. He recognised the vital role that forests play in livelihood systems and the development value of sharing high quality research and research methods globally. From 1996 to 2000 he was President of the International Union of Forest Research Organisations and helped to drive a shift in viewpoint away from a focus on forest production to the environmental and social benefits of forests.  When one considers the current global importance of forests in Biodiversity and CO2 mitigation, it is clear that Jeff was ahead of his time. One also hopes that he would be gratified to see that forest genetics is now re-embedded in the Department with the establishment of the Wood Chair in Forestry, very much continuing his original pioneering work.

Jeff’s professional career was characterised by his emphasis on interdisciplinarity in solving real-world problems and the value of high-quality research in creating positive impact on livelihoods. These are issues that are of growing importance in Oxford and across all scientific disciplines. There is much in his approach that we can still learn from.